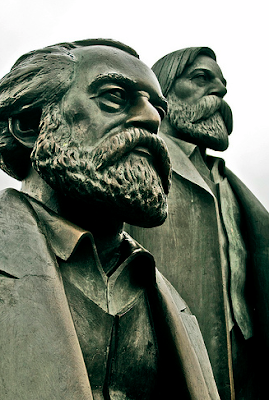 WASHINGTON -- (TYDN) The stage was set.

Member of Congress took their private jets from their home districts. Their private limousines met them at the airport and brought them here to the capitol.

The stage was set for what USA Today had billed as "the Super Bowl of Congressional hearings."

Executives from the United States' five largest petroleum concerns were readying to face off with the Democratic-controlled Senate Judiciary Committee, where it was certain the executives would be grilled by members of Congress about regular gasoline averaging more than $3.80 a gallon nationwide. A barrel of oil was more than $133, also a record.

The hearing comes on the back of five other similar hearings when oil hit $60 per barrel, then $80, then $100, $115 and rose again Thursday. For the sixth time in as many months, members of Congress suggested that the five companies -- Exxon Mobil, Chevron, Shell Oil, BP America and ConocoPhillips -- were to blame for the skyrocketing high prices.

But the oil executives, on the advice of their attorneys, were instructed to answer each question with the same word.

"Does it trouble any of you when you see what you're doing to us?" asked Sen. Richard Durbin, D-Ill.

"Communism," the five executives responded in a chorus.

Sen. Dianne Feinstein, D-Calif., accused the executives of lacking an "ethical compass about the price of gasoline."

"Communism," the executives again responded, in the same chorus.

The executives were asked 43 questions in total, and never strayed from the party line.

Oil industry analyst, Nathan Slick, suggested that the executives, whose companies profited $36 billion in the first quarter of this year, answered "Communism" to every question in an effort to send a message to the senators that any proposal to regulate supply side economics would amount to "Communism."

"This is an in-your-face approach," Slick said. "They know the lawmakers don't want to be seen as Communists. They don't want the next hearing to be the McCarthy-era style witch hunts."

"If they mentioned one iota of regulation," Slick added, "voters would kick them out of office and accuse them of being the next Fidel Castro. They'd walk miles to the polls even if they couldn't afford gasoline."

One Senate staffer, speaking on condition of anonymity because he was not authorized to speak publicly, said the committee was grandstanding ahead of the Memorial Day weekend, when gasoline prices are expected to increase and set further records.

"Congress has not demanded automakers to increase the number of miles-per-gallon output for vehicles, has not mandated energy saving in general and has not authorized any new oil drilling or refineries in the United States in 30 years," the analyst said. "Most oil comes from overseas, from nation's sponsoring terror, and these lawmakers know it but want to divert attention."

The hearing was cut short so members of Congress, the oil executives and President Bush and Vice President Cheney could meet for a quick fundraiser in the Rose Garden. The gala was closed to members of the media.

But one insider who attended the festival told TheYellowDailyNews that Bush, who had just returned from Saudi Arabia where he was named "Man of the Year," predicted oil would hit $165 per barrel in the coming weeks.

To a standing ovation, and as the oil executives hoisted the president in the air, Bush rated oil as a "buy" on the futures market.

Barely audible over the screaming crowd, Bush stole a line from the oil executives and inverted it. "Capitalismo," he shouted.