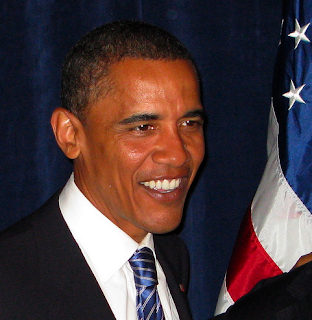 LAS VEGAS -- (TYDN) That Barack Obama, the first major party black presidential candidate, has not been assassinated underscores the progress blacks have made in America, TheYellowDailyNews has learned.

Just 40 years ago, Martin Luther King Jr., who fought to end black segregation, was gunned down as he spoke against the racial tyranny in which blacks have lived under in the United States. Now, a black man is poised perhaps to lead a nation that once enslaved African Americans -- a nation that was nearly ripped asunder in a civil war waged over the injustices of slavery, according to an exhaustive historical analysis by TheYellowDailyNews.

"Think back through history -- the Abe Lincolns, the Martin Luther Kings, the Malcolm Xs -- these people supported the black cause and they were all killed for it," University of Nevada, Las Vegas historian Luke Back, who did not request anonymity, told TheYellowDailyNews in an exclusive interview. "Obama's aliveness tells us something, that blacks have come a long way since the black-only eateries, the white-only drinking fountains, the lynch mobs and having to ride in the back of the bus."

Still, political analysts suggested Obama's aliveness has less to do with black progress than it does with Hillary Clinton. Many analysts noted that blacks earn less than whites, have a higher incarceration rate and have a tougher time getting a higher education â.. all of which means Obama's aliveness is "thanks to the fact that his deadness might mean Hillary Clinton becoming president," Harvard University revisionist historian Marvel Wattengburg, who did not request anonymity, said in an exclusive interview with TheYellowDailyNews.

"At this stage, an Obama assassination would be suicide," Wattengburg added.

Because of Obama's aliveness, bookmakers here along the Las Vegas Strip have been taking a financial pounding. The casinos have paid out hundreds of millions in wagers to bettors who plopped their money on Obama's aliveness continuing at least through Independence Day. Clinton dropped out of the Democratic Party's race for the presidential nod two months ago.

And the casinos find themselves in a financial crossroads. Hundreds of millions more dollars on Obama's aliveness have been wagered leading up to the November election.

"We thought this was a no-brainer at first, that his aliveness would have expired months ago," said Caesar's Palace oddsmaker Harold Boilmerker. "We shouldn't have strayed from our bread-and-butter of sports bookmaking."

Still, Boilmerker and other Vegas oddsmakers have been consulting with political scientists on whether they should open wagering on Obama's aliveness if he beats Republican Sen. John McCain in the November election.

"If he becomes president, and Hilary is out of the equation, I wouldn't bet on his aliveness," Obama aliveness scholar Jason Toad told TheYellowDailyNews in an exclusive interview.

Toad, who has studied Obama aliveness affairs for months and did no request anonymity, suggested Obama would ensure his aliveness "by having Clinton as his running mate."

"Nobody would want Obama's deadness if his absence of aliveness would mean Clinton would assume the presidency," Toad said.

Other Obama aliveness scholars, who requested anonymity, suggested Toad's thinking was shortsighted. They told TheYellowDailyNews in exclusive interviews that having Clinton as Obama's vice president perhaps would ensure Obama's and Clinton's deadness.