Kabul, Afghanistan -- (TYDN)  Sen. Barack Obama, searching for criticism of Sen. John McCain, pressed what analysts suggested was the "nuclear button" late Sunday when he derided his Republican and elder presidential opponent for allegedly requiring Viagra to have sex. 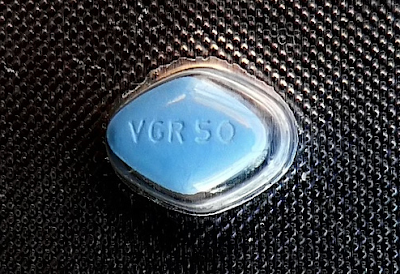 "He can't naturally rise to the challenge," Obama, the Democratic presidential candidate, told reporters here as he was overseas trying to shore up the foreign vote. "This shows that he's a fake. And if he can't rise to the challenge at home, I think it's safe to say he'll be impotent abroad and as president."

McCain, 71, declined to respond directly to the allegations. But McCain said he was the most qualified candidate because he's had sex as many as three times more than his 46-year-old opponent, in addition to him killing hundreds in Vietnam, where he was held captive for five years.

"I was doing it every-which-way-and-that -- and then some, for years before my opponent was even born," McCain told reporters as his blushing wife, Cynthia, stood by his side. "Don't make me take this to the next level. Is he also calling me out on size?"

Anchors from the nation's major networks were invited to cover the changeover. "This is flip flopping at its best," Nielsen Media Research president Harold Jeffrey said in an exclusive interview with TheYellowDailyNews.

"The numbers would depend on what the Federal Communications Commission declares as obscenity," Jeffrey said. "We have a better chance in getting raw footage aired if the FCC declares the candidates sharks or something like that and not human beings."

Election strategists said it was the first time a presidential race's mudslinging resonated with a public tired of news about unemployment, homelessness, war, inflation, famine, falling real estate prices and a plummeting stock market. "This election to replace President Bush is getting down to basics and voters can appreciate that," said Arizona University election scholar Roman Pollarnsky.

Some analysts criticized Obama for being so cocksure. Others suggested his hard-headedness might place the nation in an awkward position if elected chief executive.

Others, however, applauded the Illinois senator.

"This is brilliant. Obama is pressing the nuclear button while at the same time accusing his opponent as being a hawk," said Fullerton State University presidential scholar Vince Buck.

Other analysts said the debate might have been avoided had the Democratic Party nominated Sen. Hillary Clinton. Others, however, weren't so sure.