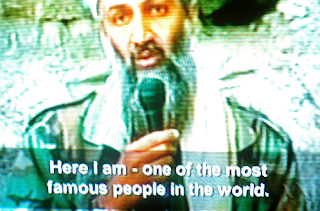 The subpoena demands the Pulitzer Prize-winning publishing concern and its editor-at-large, Thornhille Broome, divulge the whereabouts of the world's only independent media interview with bin Laden following the Sept. 11 terror attacks on the United States. TheYellowDailyNews has been promoting the story, with a dateline ALONG THE PAKISTAN BORDER, in which bin Laden says the country's "moral bankruptcy has now turned into its economic bankruptcy."

TheYellowDailyNews' decision not to reveal the location prompted widespread calls of treason, even from other news outlets working feverishly to discredit the authenticity of the upcoming report. Bomb threats emptied thousands of employees from the TheYellowDailyNews' offices in California, New York, the District of Columbia and elsewhere.

"We understand that the Bush administration has spent billions of dollars and almost seven years searching for Mr. bin Laden," Schmendricht said. "But TheYellowDailyNews' journalist integrity demands that TheYellowDailyNews fights this subpoena so bin Laden is not successful in eroding another American liberty, the free press."

Broome traveled to the Pakistan-Afghanistan border last week to conduct the five-hour taped interview with bin Laden, Schmendricht said. The interview was conducted in Arabic, without translators, in a small cave in the no-man's land separating the two countries, Schmendricht said, declining to provide further details.

Schmendricht said Broome's report quotes bin Laden as saying, "The United States is a godless state because it is a nation that says it lives under God but does not behave that way."

Bin Laden, in the interview, also urged Americans to consider "that it's been seven years since I flew your airplanes into the World Trade Center, and in that space where the symbol of capitalism once stood there is nothingness, an emptiness of dirt that leads to the wonderment of what would happen if more buildings were felled."

"Al-Quada had about 50 former Jerry Brown press secretaries under its employ all wondering when they were gonna get a call for an interview with bin Laden," Broome said. "It was easier to get bin Laden's audience than it was to score my interview last week with Britney Spears."