SAN FRANCISCO -- (TYDN) Researchers, perplexed by Apple Inc. fanatics who wait days and weeks in line to purchase the company's overpriced gadgets, are concluding that such behavior is not a choice but a biological inevitable because they "might" be gay. 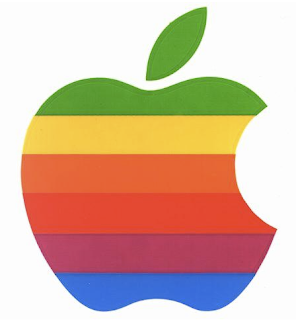 University of California, San Francisco scientists, in research to be published Monday in the Proceedings of the National Academy of Sciences, concluded that the Apple-ites share similar brain patterns as gays and lesbians.

"The results cannot be primarily ascribed to learned effects, and they suggest a linkage to neurobiological entities," the researchers, led by Ivanka Savic, write in a groundbreaking paper that sheds progress on studies suggesting homosexuality is largely genetic.

Scientists have long tried to determine if sexual orientation is biologically determined, and if so, how. This research has been contentious in and outside the gay community.

In the latest study, researchers were quick to point out that it was unclear whether Apple fans were actually gay. But the research nevertheless sheds some light on why they wait in the heat, rain, sleet or snow for bragging rights to say they were first in line to purchase the latest Apple gadget.

Lead researcher Savic began studying brain patters of Apple fans who waited days, and in some cases, weeks in line to purchase the new iPhone last year and, more recently, stood in the freezing cold at the grand opening of the Manhattan Apple store. Researchers were alarmed at fans' reaction when lines bogged down for last week's debut of the new iPhone 3G.

Many fanatics uncontrollably curled on the ground, having what looked like epileptic seizures. Still, others suffered huge bouts of depression after they purchased their new iPhone. Others held out hope they would be first in line when next year's model was released.

"We began this study thinking there was some type of mental abnormality, a retardation of sorts, occurring over and again in these people," Savic said. "We started seeing similar brain scans among them. We were relieved, and at the same time, alarmed, to see that this abnormal behavior from this large cult of society was attributed to genetics and brain disposition, and not choice."

The study put gay and lesbian rights groups in a precarious position. They did not want to undermine studies showing their lifestyles were predisposed, but at the same time wished to distance their lifestyles from the Apple cult.

"Nowhere in the study does it conclude that, just because you zealously like Apple products, does that mean you're gay," said National Gay Rights Organization spokeswoman Jacky Dumars.

Still, analysts weren't so sure.

They suggested Steve Jobs, Apple's chairman, understood the causal link decades ago. The famous Apple logo, once adorned with rainbow colors, looks strikingly similar to the rainbow colored flags and stickers gays and lesbians use to announce their homosexuality.

Technology insiders said Jobs had recently altered the Apple logo to plain black, white or gray to appeal to the masses, instead of a niche group -- a move that has increased the Cupertino, Calif.-based technology company's market share in computers and has made it the leader in digital audio players, like the iPod.