PHILADELPHIA -- (TYDN) A deeply fractured federal appeals court here is overturning a $550,000 indecency fine regulators levied against CBS for its 2004 Super Bowl halftime show in which singer Janet Jackson's right breast was exposed for less than a second to millions of prime time viewers. 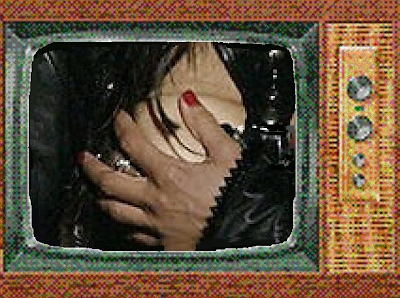 The 3rd U.S. Circuit Court of Appeals, in a rebuke to the Federal Communications Commission, ruled that an "exhausting" examination of the halftime footage showed that "Jackson's breast was rather pert, well shaped and pretty decent overall."

"That the FCC felt otherwise shocks the conscience," Judge Anthony Scirica wrote for the majority in the 2-1 decision.

Kevin Martin, the FCC chairman, blasted the ruling. He said the FCC would appeal to the U.S. Supreme Court.

"I've seen way better," Martin said in an exclusive interview with TheYellowDailyNews. "I'm disappointed that the appeals court lowered the standard of decency."

Judge Marjorie Rendell, the lone dissenter on the three-judge appeals court panel, wrote that the case should be sent to the trial courts for further inquiry. "Only until we have all of the facts, like whether her breasts are real, and whether the right one is similar in geometric proportion to the left, should this court entertain the question of whether Ms. Jackson's breast was decent," Rendell wrote.

Jackson's brief, provocative dance with performer Justin Timberlake during the 2004 Super Bowl halftime show triggered more than half a million formal complaints to regulators, tougher decency rules, dramatically higher maximum fines and video delays on many live programs. Timberlake pulled off part of her costume to reveal her breast at the end of their performance, in what he later dubbed a "wardrobe malfunction."

Leslie Moonves, the CBS president, welcomed a Supreme Court challenge. "We all know indecency when we see it. Her right breast was decent and it closely mirrors the left one."

At the time of the brief breast exposure, then-FCC Chairman Michael Powell called it a "classless, crass and deplorable stunt." The agency unanimously levied the maximum $27,500 fine against 20 CBS-owned stations for airing it. The uproar led Congress to increase indecency fines to $325,000 per station for each indecency incident.

Parental groups, including the Parents Television Council, decried the ruling Tuesday, saying the decision is likely to hurt children.

"You have two branches of government, the legislative and the judicial, each telling children that Janet Jackson's right breast is decent on one hand and indecent on the other," said Tim Winter, the watchdog group's president. "We owe our children more."