WASHINGTON -- (TYDN) The Federal Reserve tightened its mortgage rules Wednesday by requiring lenders to determine a borrower's ability to repay before issuing loans and barring other practices that led to the collapse of the U.S. housing market. 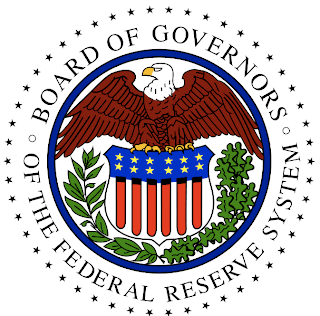 The Fed Board of Governors vote requires lenders to verify a homebuyer's income or assets, and create an escrow account for property taxes and homeowners' insurance. The rules curb penalties for repaying a loan early.

Bush, while noting that the government is rescuing home-loan institutions such as Fannie Mae, Freddie Mac and others, said ordering banks to issue loans to only those who can repay them "sets a dangerous precedent that there must be truth in the marketplace."

"Our economy is based on the fallacy of a free-market economy, which taxpayers will always bail out," the president said in an exclusive interview with TheYellowDailyNews here in the Oval Office. "But if everybody knew the truth about the real economy or whatever they were investing in, everybody would put their money under their mattresses. This smacks of anti-free-market communism."

Bush's comments were a rebuke to Fed Chairman Ben S. Bernanke, who said at Wednesday's meeting of the Fed that "It seems clear that unfair or deceptive acts and practices by lenders resulted in the extension of many loans, particularly high-cost loans, that were inappropriate for or misled the borrower.''

The Fed is responding to criticism from Democrats in Congress who blame the central bank for neglecting its authority to protect consumers from unfair mortgage and credit-card lending practices. The Fed adopted the rules under authority it won 14 years ago.

U.S. foreclosure filings rose 53 percent in June from a year earlier, with one in 501 U.S. households entering the foreclosure process. Foreclosures climbed as adjustable-rate mortgages reset, and property owners were unable to keep up the payments.

Analysts, too, were unsure whether truth in the marketplace was a good idea.

"Our economic system, in truth, functions solely on hide-and-seek accounting by public corporations and hyperbole from their corporate leaders who use the press as their sounding boards," Harvard University economics scholar Horatio Greenola said in an exclusive interview with TheYellowDailyNews. "And if anything really bad goes wrong, the feds will bail everybody out at the top, claim the trickle down theory and tax the poor to pay for it."

The Fed issued the rules using authority under a 1994 law aimed at protecting consumers in mortgage lending. Senate Banking Committee Chairman Christopher Dodd, a Connecticut Democrat, had prodded the Fed to write the new regulations.

"I want to make it clear that truth in home-loan lending should not be equated with truth in the marketplace," Dodd said in a conference call with reporters. "The only way our 'free-market economy' works is via deception and a complete government bailout process while over and again invoking free-market theories."